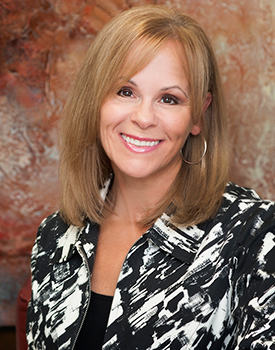 Davina and her older brother grew up in Bossier City, Louisiana. Her father was in the Air Force for 22 years, and her mother was a stay-at-home mom who helped support the family with various home-based businesses. During middle school, she was a majorette and a drum major, and in high school she participated in the flag line in band and then became the drum major of the band during her senior year. She was the Salutatorian of her class and received the Rotarian Leadership Award at graduation.

When Davina was in the 9th grade, her dad and brother started racing stock cars on a local dirt track. She drove her dad’s car in her first powder puff race that year, and unfortunately totaled the car in a wreck during the race. Her dad was so supportive of her desire to race, he just asked her to help him get another car ready, and within a few months they had another car on the track. She soon started racing against the men, because there weren’t many other women to race against. Her dad eventually decided not to continue racing as a hobby, but to this day, Davina has more automotive knowledge than most women and some men, because of her dad’s expectation that she would help fix the cars she was driving.

Davina was fortunate to have parents that did everything possible to put her though college without her having to incur debt. She obtained solid core values from her parents that have made her the person she is today. From fixing cars to clearing land, building barns and installing fences, she and her brother learned early in life that by working hard and pushing through tough times, the end result was always worth the effort. She carries that same passion for any project she works on today.

Davina graduated with honors from the University of Louisiana with a BBA in Accounting, and then worked to get her CPA certificate. After graduation, she moved to Dallas and started her first accounting position with Hall Real Estate Management, where she worked for 2.5 years. She was recruited to Pearle Vision where she worked for 9 years in various accounting positions, and then moved on to Blockbuster for 13 years in Accounting and Loss Prevention.

After leaving Blockbuster, Davina focused on a dog boarding kennel she owned in Flower Mound, called Canine Courtyard. She has a passion for dogs and has 4 dogs of her own. She owned the business for 4 years, during which time they received the “Best of” award for 2 consecutive years. She later moved on to the position of Asset Protection Director of Analytics and Inventory for 7-Eleven. Throughout her career, Davina has held positions that require an extremely high level of integrity and skill, along with the ability to hold sensitive information in confidence.

In the early 2000’s, she began investing in rental properties and land, and has always had the desire to expand into the Real Estate industry to assist other investors in achieving their financial goals, based on the knowledge she has gained through her own experiences. She also looks forward to helping home buyers and sellers achieve their goals, by maximizing the value they receive in the real estate transaction.

Davina became a real estate agent in 2018 and quickly joined the Fife & Associates team, due to prior personal experiences with the agency. She loves having access to MLS listings, so she can obtain quick insights into new market listings. Being quick to respond and take action is key in the real estate industry. Her greatest motivation is achieving the desired result in anything she does. She works diligently and consistently to achieve the goals that are set out, and she is relentless in meeting or surpassing expectations.

Davina currently lives in Cross Roads, Texas with her husband, Wayne, and their 4 very entertaining dachshunds. They have 4 grown children, living in Frisco and Nashville. She loves to embroider, ride her jet ski, sing karaoke, and keep busy most of the time. She tends to work a lot, because it’s something she enjoys.

*We follow the requirements of the Americans With Disabilities Act (ADA), the Fair Housing Act, and related laws regarding reasonable accommodations. Please let us know if you have such a request.